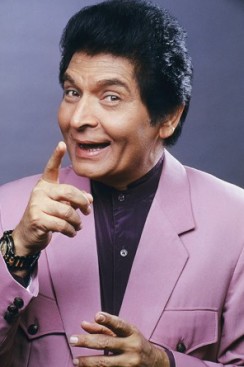 Govardhan Asrani, popularly known simply as Asrani, is an actor in Indian films whose Bollywood career has spanned over 35 years.

He has acted in more than 300 Hindi and Gujarati films, mostly in supporting roles of a comedic nature, but some memorable and with an important role in Gujarati films and the storyline, such as the jailer in Sholay, Prashant in Chupke Chupke, Chandru in Abhimaan, Babu in Bawarchi and Nagesh in Chhoti Si Baat.

Asrani recently branched into politics as well(2004). He joined the Congress party in 2004 as a spokesman to help campaign for the Lok Sabha elections.

In 1977, Asrani sang two songs in the movie Alaap, both were picturised onto him. A year later he sang a duet with the singing legend Kishore Kumar for the film Phool Khile Hain Gulshan Gulshan.