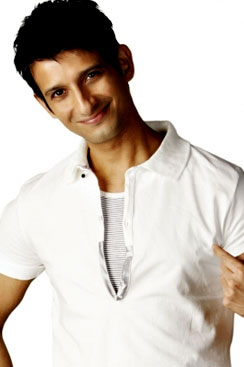 Actor Sharman Joshi made his film debut in the year 1999, with the film 'Godmother', directed by Vinay Shukla. He was noticed in his very first attempt and received rave reviews for playing the troubled son of the protagonist, played by Shabana Azmi.

If Godmother belonged to the so called art cinema, Sharman's next role was a surprise. He starred in a film called 'Style' made by N Chandra. The film was a comedy and was a surprise commercial hit. This low budget project starring newcomers was set in a college and followed the antics of a couple of students. Sharman's comic timing and performance was lauded and was considered the main reason for the success of the otherwise mediocre movie. The success of Style was followed by a sequel called Excuse Me, borrowing its name from the hit song of the first film. Other comedies followed like Shaadi No. 1.

But it was the year 2006, with filmmaker Rakesh Mehra's critically acclaimed Rang De Basanti, that Sharman experienced his first real success, both critical and commercial. It brought him favorable reviews, both for his comic and emotional segments in the movie, and is considered to be his breakthrough role. Later that year, he starred in yet another comedy, Golmaal, which was a moderate success at the box office. In 2007, he appeared in the critically acclaimed multi starrer, Life in a Metro, which was a success at the box office. This was followed by another multi starrer, a comedy again, called Dhol, which did moderately well at the box office. His next much awaited release is director Onir's next opposite Chitrangada Singh.