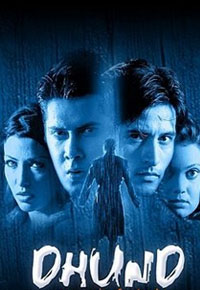 After the passing away of her parents, Simran Malhotra lives a wealthy lifestyle with her uncle, Rajendra. She has always won beauty pageants during her college days, and when an opportunity arises, she enters her name in a local beauty contest.

This news is not welcomed by fellow-collegian, Tanya Khurana, who has always been the runner-up. She confides to her brother, Ajit, who assures her that Simran will be made to change her mind. Ajit makes some intimidating phone calls and even threatens her in person when she is alone, but to no avail, Simran does take part in the contest, and wins again.

This breaks Tanya?s heart, and an enraged Ajit, who swears that he will only rest after he kills or seriously disfigures Simran. Simran, her friend, Kajal, along with Sameer and Kunal decide to go to Khandala to celebrate Simran?s win, and when the boys go to get something to eat, Ajit attacks Simran and Kajal, a scuffle ensues and Ajit gets killed.

The boys return and together they decide not to tell anyone, take the body to the railway tracks, leave it to be mauled by a train, and take Ajit?s car to the nearest lake. Things do not go according to plan, and the youngsters end up hiding Ajit?s body in the murky waters of the swimming pool. Then a nightmare begins for the four pals as Ajit?s body disappears and he mysteriously re-appears, apparently thirsty for vengeance and a violent death to anyone who dares to stop him from carrying out his gruesome task
Read More