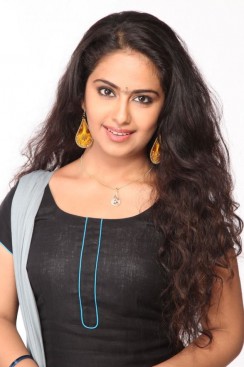 The talented and bubbly actress Avika Gor started her acting journey playing the role of Anandi in Balika Vadhu and received lots of praises and awards for her role. Avika gor (Born on 30 June, 1997) is television child actress, famous for playing Anandi in the serial "Balika Vadhu" (in 2008 - 2010) on colors Tv channel. The story of Balika vadhu deals with child marriage, a social custom that is outlawed, but still practiced in some parts of India. Avika Gor has won everyone?s heart by her powerful and innocent acting in Balika Vadhu, Her innocent and charm, led her to stardom as an actor. This little star has threatened all the bahus and betis of the television industry. This serial is based on child marriage. She first appeared in NDTV Imagine?s Rajkumar Arryan in which she did a small role. She has won the awards of Rajiv Gandhi National Awards on 19th August 2009.

Avika gor ?Anandi? is loved and admired in every Indian home today. She has also acted in movies like ?Morning Walk? and ?Paathshala?. She has acted in a show Kitchen Champion on Colors Tv and she participated in the Red Label Hot Chhoriyas. She did few more shows including "Meri Awaz Ko Mil Gayi Roshini", "Chalti Ka Naam Gaddi", "Sasural Simar Ka" and "Karam Apna Apna". She has been nominated for NDTV Indian of the year award. She made a hat-trick of Best-Child Actor award for Tele Awards since the 2008 and has won awards at the International drama festival at Japan. She is the best known as Anandi, the character she is playing in the show Balika vadhu. Avika Gor is Manish Raisinghani?s muse!.

This small wonder Avika gor learn dance at school and is a winner in drama competitions. Avika Gor played very serious role of Anandi who gets married in her childhood. Now, Avika Gor is playing a mature character of Rolly in her present show Sasural Simar Ka on Colors. Avika Gor being in class 10th hardly manages her school and acting simultaneously.