Shilpa Shetty Arms and the women 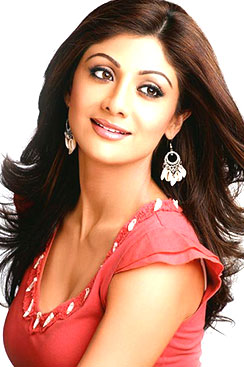 With no film background, but enough confidence for starters, Shilpa Shetty joined Bollywood. She came to be considered "star' material when her very first film, 'Baazigar' where she was paired opposite Shahrukh Khan. Her role, though a small one, was full of substance and one expected her to hit it off big from there itself, but so was not the case.

Shilpa Shetty, with her unconventional looks, may have worked with the A listers including Shahrukh Khan, Akshay Kumar, Govinda and even Amitabh Bachchan, but her career has remained inert.

Shilpa Shetty was hardly 16 years old when she entered the world of modeling, with Limca providing her one of the first assignments. Two years after this, she was seen in the first movie of her career, ?Baazigar? (1993). The film proved to be a box office success and earned her the nomination for Filmfare Best Supporting Actress Award. The 1994 movie ?Aag? served as Shetty?s launch pad, as a leading actress. A moderate success, it was followed by the successful film ?Main Khiladi Tu Anari?.

The same year, she was also seen in ?Aao Pyar Karen?. The year 1995 saw Shilpa starring in ?Hathkadi?, alongside Saif Ali Khan, Govinda and Madhoo. The following year, ?Chhote Sarkar?, ?Himmat? and ?Sahasa Veerudu Sagara Kanya? (Telugu) were the films in which she played the female lead. 1997 proved to be one of the busiest years in the life of Shilpa Shetty. She was seen in as many as six films, starting with Telugu film ?Veedeva Dani Babu?. Apart from that, there was another film ?Dus? that got shelved.

The year 1998 saw Shilpa Shetty performing in ?Pardesi Babu?. The movie not only won her critical acclaim, but also got her the Bollywood Movie Award for Best Supporting Actress. ?Jaanwar? and ?Lal Baadshah?, her films in 1999, were duds at the box office. Then, came ?Dhadkan? (2000), a moderate success, and won her nominations in Best Actress category, in different award ceremonies. 2001 was her year for South Indian movies - ?Bhalevadivi Basu? (Telugu), ?Maduve Agona Baa? (Kannada) & ?Preethsod Thappa? (Kannada)

The only exception to this was ?Indian?, a Hindi movie she did the same year. The 2002 movie ?Rishtey?, in which Shetty was seen with Anil Kapoor and Karisma Kapoor, had her in a comic role. Apart from being appreciated, she also received a nomination under the Filmfare Best Supporting Actress Award category. ?Karz?, ?Hathyar?, ?Chor Machaaye Shor?, ?Badhaai Ho Badhaai? and ?Junoon? were other films that she did the same year. 2003 saw Shetty in only two movies ? ?Ondagona Baa? (Kannada) and ?Darna Mana Hai?.

In 2004, she played the role of a Muslim orphan and disenchanted table dancer, in ?Garv?. The same year, she was seen in ?Phir Milenge?, a movie in which she played the role of an HIV-infected person, which won her great critical acclaim as well as Filmfare Best Actress nomination. The 2005 action thriller ?Dus? (2005) further solidified her position as an actress who could do meaningful roles. She also starred with her sister in the film ?Fareb? in 2005. In 2006, Shetty had a single release - ?Shaadi Karke Phas Gaya Yaar?.

The film was a flop, but earned her some rave reviews. She made her debut on small screen in 2006, as a judge on Jhalak Dikhlaja, a dance show on Sony Entertainment Television. Shetty was once featured in Mani Ratnam's stage show, Netru, Indru, Naalai. The year 2007 started on a good note for her, as her first movie ?Life In A...Metro? turned into a box office success. It became the first Bollywood movie to premiere at Leicester Square. Last, she was seen in the movie ?Apne?, a moderate success.

In the 1990s, Shilpa Shetty was reported to be having an affair with co-actor Akshay Kumar. The couple broke up in 2000, after Akshay started dating Shetty's friend and fellow actress, Twinkle Khanna. Thereafter, she was subjected to the rumors of her affair with director Anubhav Sinha, which she quashed later. Presently, she is alleged to be dating London-based NRI Raj Kundra. Shetty has said that she plans to marry in three years.

Though her native language is Tulu, Shetty can speak a number of other languages. These include English, Tamil, Kannada, Marathi, Hindi, Gujarati, Telugu, Urdu and basic French, which she speaks with varying levels of fluency. One of her nicknames is "Silly Pooh". Shilpa Shetty is a trained Bharatanatyam dancer and also has a black belt in Karate. She lives in Mumbai with her parents and younger sister Shamita Shetty - a budding Bollywood actress.
Buy
Shilpa Shetty
Movies