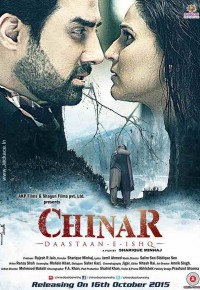 Inspired by the novel Jheel Jalti Hai Chinar Daastaan-E-Ishq is a story of love, romance set amidst a world that is filled with hatred.

Love blossoms between childhood friends Jamaal and Suraiya amidst the snow clad mountains of Kashmir. Soon their dream of marriage is crushed when Suraiya is forcibly married off to an old man named Salaam. Shattered over his lover
s betrayal and homeless because of Salaam
s cruelty, Jamaal decides to seek revenge by killing Salaam but escapes the clutches of police who are clueless about the murderer. Now, a wealthy man, Jamaal decides to dedicate his life for lovers who are not allowed to unite. Thus, he meets a young couple, who face hurdles in their marriage because of the girl
s father Aziz Cinema Khan
s hatred towards love marriages. However, Jamaal manages to unite the lovers. He later faces a death penalty when he surrenders himself to the police for the murder of Salaam after Suraiya
s false confession over killing her husband. What will happen to the young lovers who are currently facing the wrath of Aziz Khan, will Suraiya be able to fulfill the wish of her love Jamaal of keeping the lovers united is what forms the rest of the story.
Read More