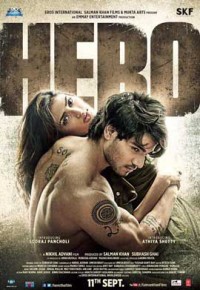 Sooraj (Sooraj Pancholi) is a gangster from Mumbai who meets Radha (Athiya Shetty), daughter of the city's Chief of Police. One day, Sooraj, under instructions from his gangster boss, Pasha (Aditya Pancholi), kidnaps Radha, in the guise of a police officer, by telling her that he received instructions from the police to take her away from city for some time.

Later he confesses to Radha that he had kidnapped her. Radha has however fallen in love with Sooraj, and their love story creates problems for Pasha. What follows is a series of fights for the survival of their love story.
Read More