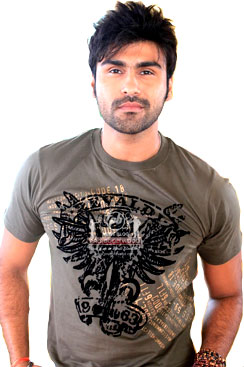 Raj Kanwar?s box office hit Ab Ke Baras was Arya Babbar?s entrance to bollywood career. Amrita Rao was his co-star in that movie. He has appeared in few Pubjabi films such as Yaar Annumulle.

He is the son of actor turned politician Raj Babbar and famous theatre personality Nadira Babbar, he is the younger brother of actress Juhi Babbar, and Prateek Babbar.

Babbar Has recently won the National Award of the Journalist Association for the next Upcoming Actor in Action He was nominated at the Star Screen Awards in Most Promising Newcomer - Male category for his film Ab Ke Baras.